PUT MY EXPERTISE ON YOUR SIDE TODAY 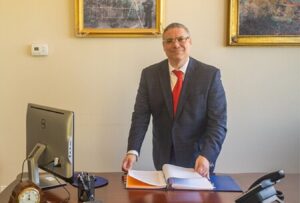 My interest in law goes back as far as I can remember. While it wasn’t exactly “cool” to be into the Constitution or the Supreme Court as a kid, it set me on a path that I’m proud of today. As an attorney practicing in family law, criminal defense, personal injury, and civil law, I can help individuals and families with just about any legal trouble they face — and I’m here to provide the strong representation they deserve.

Eric Tucker was born and raised in the small town of Sidney, Ohio, where he attended Sidney High School, graduating in 1986. Eric attended both Bowling Green State University and Edison State College in Ohio before relocating to Las Vegas, Nevada in 2004. Eric graduated from Everest College in Henderson, Nevada as his class valedictorian in 2013. Eric received his Associate of Arts in Paralegal Studies and graduated from Everest College with a 4.0 GPA. Eric is an experienced Family Law paralegal who also has experience in Bankruptcy and Personal Injury. In his free time, Eric is the Publisher and Writer for Vegas Music Guide. Vegas Music Guide is an entertainment magazine based in Las Vegas that covers the vast music industry in Las Vegas including concert reviews and interviews. 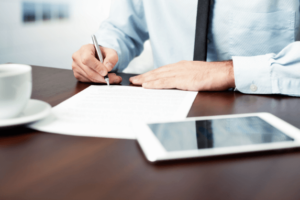 Fill out this form and schedule a time to discuss your case.